If you’ve ever suspected that politicians just make up fundraising numbers out of thin air to fool you…well, here’s your proof.

Lemme see if I can follow Ms. Lee’s example and do this right…

“The deadline for you to make a donation to AnniePAC – which helps me recruit, train and elect conservative candidates – is midnight tonight before the fundraising ‘blackout’ period begins.  We need either $1,904 or $3,108 to meet our goal – depending on which math major is cooking our books.  Oh, and your contribution will be 2x, 3x, 5x or 10x matched…whichever makes you happiest since it’s not a real thing anyway.”

Sorry, but I just can’t insult you like that.

But it IS true that today is the last day to make a contribution to AnniePAC.  And if you want to help me help you elect more conservatives in Nevada, please consider going online to anniepac.com/donate and kicking in $5, $10, $25, $50, $100 or more before midnight.

We have a state to save!

Happy to report I made it onto two prominent lists over the holiday season.

First, I was designated “Nice” on Americans for Tax Reform’s “Naughty and Nice” list “for submitting bills to create an anti-appropriations committee for Nevada, a spending restraint law and a tax cut for small businesses.”

Secondly, I made it onto Citizen Outreach’s “Top 10 Rising Conservative Stars” list for being “a fierce fighter, a principled conservative, an independent thinker and nobody’s ‘puppet.’”

Couldn’t have done it without YOU!  Thanks for your support.

Alas, I also ended up on liberal Nevada blogger Jon Ralston’s bad side just before Christmas.  He tweeted that I “will be a zero in the capital” when the 2021 session of the Nevada Legislature convenes.

He’s a charmer, that one!

Las Vegas Review-Journal political editor Steve Sebelius wrote a column last week headlined: “For Nevada lawmakers in 2021, it’s all about the budget.”  He’s right.  And if Democrat legislators have their way, tax hikes will definitely be on the menu.  From the column…

“Other lawmakers, however, have already declared their opposition to any tax increases. Newly elected Assemblywoman Annie Black, R-Mesquite, for example, wrote in a newsletter sent to constituents in December that she would not consider raising any taxes.”

Funny side note: In a story on Friday, the Associated Press incorrectly referred to Nevada “Gov. Steve Sebelius” rather than Gov. Steve Sisolak.  I’m chalking up the error to wishful thinking.

Sarah Chambers, a member of the Chicago Teachers Union executive board, is threatening a strike and urging teachers “not to return to work Monday because it’s unsafe.”

The kicker?  She did so poolside from her vacation resort in Puerto Rico. 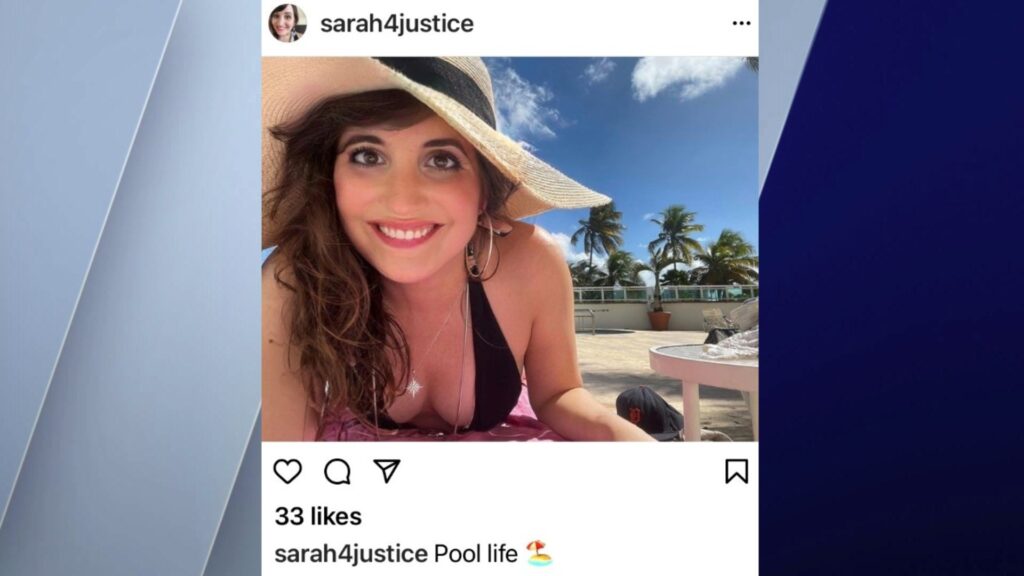 Erica Pandey of Axios.com tweeted today: “Stunning stat: Just 5% of private schools were virtual this fall. Compare that with the 62% of public schoolkids who started the fall on Zoom.”

We need to fund students, not school systems.  Parents should be free to choose.

Assembly Bill 19, submitted by the Committee on Education, proposes removing “Government” as a “core academic subject” in social studies and replacing it with “Multicultural Education.”

As if our kids aren’t already ignorant enough about our unique system of government.  Just look at how many people refer to it as a “democracy” rather than a “republic.”  I’ll be a “no” vote on this one.

A bill filed in the New York Legislature would allow the governor or his designated minions to forcibly commit individuals to health “detention” facilities for an unspecified period of time if there is “evidence that the health care of others is or may be endangered by a case, contact or carrier of a contagious disease.”

Anyone so confined to such a detention facility “shall not conduct himself or herself in a disorderly manner, and shall not leave or attempt to leave such facility or premises until he or she is discharged” by the government.

In case you missed it, the Mesquite Police Department went forward this holiday season with its “Shop with a Cop” event, though slightly altered due to COVID safety concerns.

Fifty kids and their parents went on a “holiday shopping spree” at Walmart with police officers that was “totally funded with private donations.”  Each kid received $150 to spend.  What a great event.  Thanks for letting me participate!

“I’m in Texas right now and the locals have been firing off fireworks everywhere for hours now that it sounds like a war zone.  Nothing is stopping them from celebrating #NYE.  Man, I love Texas.” – Nevada’s Courtney Holland, who’s driving to Washington, DC for the January 6 “Stop the Steal” rally on Capitol Hill

No, Mr. Ford, the Election was Neither “Fair” nor “Secure”