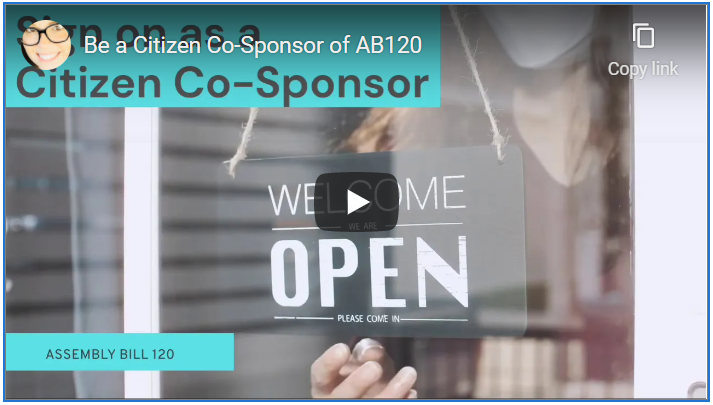 (Annie Black) – My first bill on your behalf has now been officially introduced.

Assembly Bill 120 (AB120) would mean businesses making less than $400,000 a year would no longer have to pay the state business license fee.

Instead of penalizing small businesses that are being devastated by the Sisolak Shutdown, we’d being giving them some relief.

If you’d like to have your name listed below as an official “Citizen Co-Sponsor” of the “Emergency Small Business Relief” bill, click here

I’ll keep you posted as the bill makes its way through the legislative process.  Thank you for your support and active involvement in making Nevada great again!

From our friends at NPRI…

Governor Sisolak is misleading the public by claiming that his ongoing emergency powers are authorized by state law, according to a new report published today by the Nevada Policy Research Institute.

“A statute that merely authorized the Governor to cooperate with other state and federal government agencies during an emergency does not permit Governor Sisolak to control the conduct of private citizens in their own homes,” Nevada Policy Vice President Robert Fellner said.

The Governor is simply wrong when he claims that this statute provides him with the authority to control the conduct of private citizens in their own home, according to Fellner.

Other Bills to Keep an Eye On

“We have said it before: the $128 billion to reopen schools that the education blob is insisting on in the ‘stimulus’ bill is a ransom note. The kids are the hostages. This $128 billion demand is on top of the still unspent $54 billion Congress already approved to public schools – supposedly to open them safely.” – Stephen Moore, Committee to Unleash Prosperity

Step-By-Step Guide: How to Participate Virtually at the Nevada Legislature

Yes, You CAN Fight City Hall (and the Carson City Swamp). Here’s How…

Ever Wonder Why So Many People Hate the DMV?