Is This Really the End of My Political “Career”?  Will I Be Homeless?

Indeed, there are plenty of off-their-rocker left-wing haters out there taking shots on a regular basis.  For example, here’s a recent email from a triggered snowflake in Mesquite named Dave Petrillo…

“I have noticed recently that your performance in the Nevada Assembly is far worse than anyone could have imagined. … You are in a precarious position in District 19… You will be primaried so start saving your money. …

“Maybe you should have gone to college and learned how to think critically. Your political planning has been horrible. Your so-called career is at its end.  Do not give up your day job. It is the only thing keeping you from being homeless.”

It doesn’t take a college degree to know that Mr. Petrillo curls up in a ball at the sight of a red MAGA hat and sheds liberal tears every night before going to bed.

It also doesn’t take a college degree to understand the rights enshrined in our Constitution by the Founding Fathers, or the concepts of limited government, low taxation and free markets.

As for my future, I’ll be reaching out to you in the next few days asking for your advice on that exact subject.

Look for my “Battleground ’22 Election Survey” later this week.

* AB287 changes the term “mother” in state law to “person giving birth.”  Apparently, Democrats don’t consider women who adopt children to be “mothers.”  This is one of the stupidest bills I’ve seen this session – and, boy, have I seen a lot of stupid bills!

* AB286 is the so-called “ghost gun” bill.  It’s absolutely an attack on the Second Amendment.  And as Randi Thompson of the Nevada Firearms Coalition noted this week, 90% of the guns used in crimes are either stolen or bought on the black market, which demonstrates that AB 286 “is not about making Nevada safer, but about controlling the people by stripping them of their guns.”  I’m a solid “no” vote on this one.

* According to AAA, the average gas price in Nevada today is $3.54 and climbing. That’s up from $2.89/gal when President Trump left office. Seems the only thing the Harris-Biden administration is “building back” are the empty gas pumps & long gas lines from the 1970’s.  Don’t blame me. I voted for Trump!

* New AnnieGram Online: “Why You Should Care about the Biden Menthol Ban Even if You Don’t Smoke.”  Important read.  Click here

* I’m proud to stand with law enforcement officers and honor those who have died in the line of duty serving and protecting us. I’ll always #BackTheBlue! 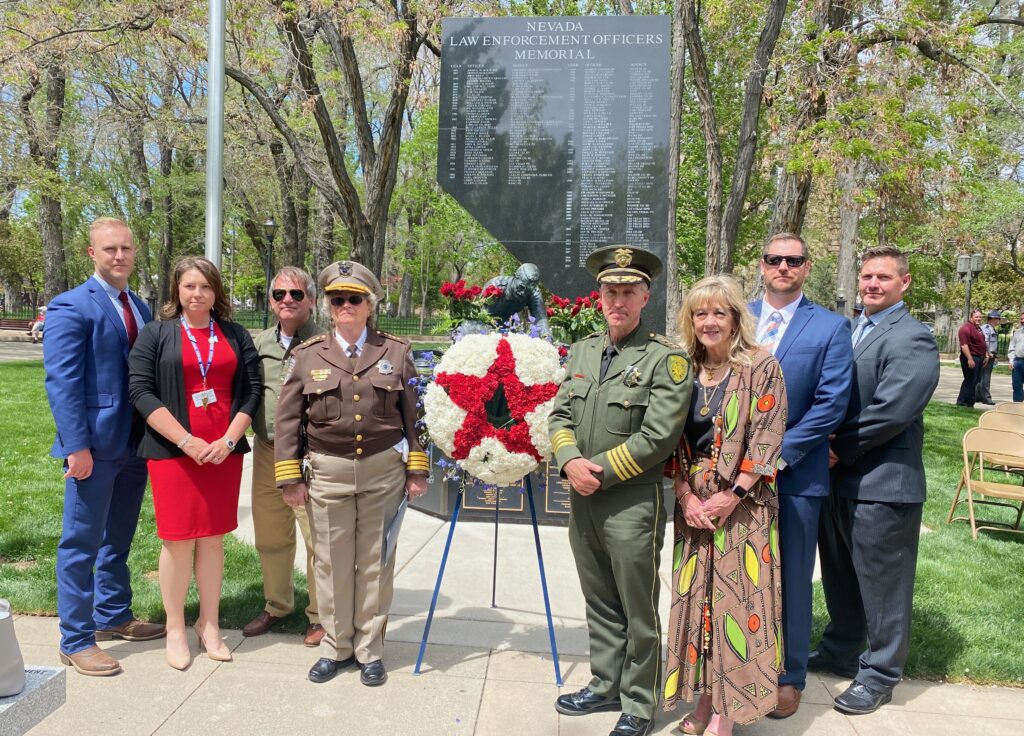 “Governor Sisolak thinks raising taxes and begging for federal funding will ‘transform’ the state of Nevada.  How about lowering taxes and cutting red tape so small businesses can recover from your lockdowns?” – North Las Vegas Mayor John Lee

“Repeat after me: if you tax something, you get less of it. If you subsidize something you get more of it. Period. Hard stop. We learned from (last week’s) bad jobs report that the idiocy of the Biden/Pelosi policies is higher than Mount Everest.” – Steve Moore, Committee to Unleash Prosperity

About that 2020 Election “Audit” in Nevada

I Wonder if THESE Republicans Will Now Be Censured?

Just Say “NO!” to CannizzaroCare

Back in the Saddle: Unbowed, Unbroken & Unapologetic!

UPDATE: Don’t Worry, I Don’t Even OWN a White Flag!

BREAKING: Democrats Just Stripped Me of My Voting Rights for Not Producing a “Vaccine...

BREAKING: Sorry to Send 2 AnnieGrams on the Same Day, But This is HUGE!

All Hell’s About to Break Loose Unless I Apologize – I Won’t – Here’s...