(Annie Black) – U.S. Sen. Rand Paul – a medical doctor, by the way – has been a rare Capitol Hill voice of clarity and opposition to heavy-handed political mandates stripping away our constitutional liberties in the name of COVID.

And he just published a stirring call-to-arms for every freedom-loving American over the surge of government actions trying to take us back to lockdowns while setting us up for vaccine passports.

“We don’t have to accept the mandates, lockdowns, and harmful policies of the petty tyrants and feckless bureaucrats. We can simply say no, not again.

“Speaker Nancy Pelosi — you will not arrest or stop me or anyone on my staff from doing our jobs. We have all either had COVID, had the vaccine, or been offered the vaccine. We will make our own health choices. We will not show you a passport, we will not wear a mask, we will not be forced into random screening and testing so you can continue your drunk with power rein over the Capitol.

“President Biden — we will not accept your agencies’ mandates or your reported moves toward a lockdown. No one should follow the CDC’s anti-science mask mandates. And if you want to shutdown federal agencies again — some of which aren’t even back to work fully — I will stop every bill coming through the Senate with an amendment to cut their funding if they don’t come to work.

My position on this is crystal clear.

In the closing days of the 2021 Legislature, I refused to wear a mask or present a vaccine passport.  As punishment, the Democrats stripped me of my right to vote on the Assembly floor unless I complied and apologized.

I told them to pound sand.

Comply or defy?  I stand with Rand.  What about you?

Some of you in Annie’s Army have been wondering why you haven’t heard from me as often in recent weeks.  “Where’s Annie?”

Main reason is that I’ve been on the road traveling in northern and rural Nevada at a number of speaking engagements, and meeting with many of my “adopted” constituents.  Boy, are they GREAT!

I then travelled to Salt Lake City for the annual American Legislative Exchange Council (ALEC) conference, and this weekend I’m heading to Sioux Falls to attend Mike “My Pillow” Lindell’s cyber-symposium on election integrity.

Looking forward to catching up with lot of my “adopted” constituents in the Douglas County region.

And we’re putting the finishing touches on a slate of events I’ll be hosting or attending in Mesquite, Henderson and Las Vegas after Labor Day.

MesqEAT is a food, art & music festival I was planning to launch on March 27 of 2020. Unfortunately, Gov. Sisolak shut down our state and we had to cancel it.

Well, I’m resurrecting the event – hopefully later this fall – and would like to assemble a committee of passionate, dedicated, hard-working folks to help.

If you’d like to be part of the committee, send an email with all your contact info to Annie@ElectAnnieBlack.com

“Myself and staff from the Nevada Republican Party had the opportunity to tour the Arizona Audit and see firsthand what the process looks like. Unfortunately, in Nevada we do not have a majority in our government to call for an independent audit, as they do in Arizona

“So, we are monitoring the effort in Arizona and are eager to see the results of America’s audit. In the meantime, we are working with legal teams both in Washington D.C. and Nevada to find legal avenues to bring an audit to the state.”

The Chairman is correct.  Unfortunately, Democrats control the governor’s office, both houses of the Legislature and all seven seats on the Clark County Commission.  Our only chance is through the courts…and that, too, is a longshot.

We’re just gonna have to beat ‘em in ‘22 by more than the margin of “cheating.”

A Victory for Gun Rights

Polymer80 – a gun manufacturer located in Dayton, Nevada – recently won a preliminary injunction against a key portion of Assembly Bill 286 (AB286), the so-called “ghost gun” bill that was passed by the socialist-controlled 2021 Legislature.

And yes, of course I voted against it.

The main question before the Court on granting the injunction was whether or not Polymer80, in its lawsuit challenging the bill, had “demonstrated a likelihood of success on the merits of its claim.”

“(T)he Court finds it has,” wrote District Judge John Schlegelmilch, noting that Section 3.5 of the bill was “impermissibly vague.”

“This is a significant victory for Polymer80, Nevadans, and our customers nationwide,” said David Borges, CEO of Polymer80, in response to the ruling.  “We will continue to challenge lawless attempts to curtail our rights and the rights of our customers.”

I LOVE FIGHTERS!  You go guys!

BTW, while in northern Nevada I took a tour of Polymer80, graciously arranged by Lyon County Commissioner Ken Gray.  Here’s a shot of me with Loran Kelley, one of the owners. 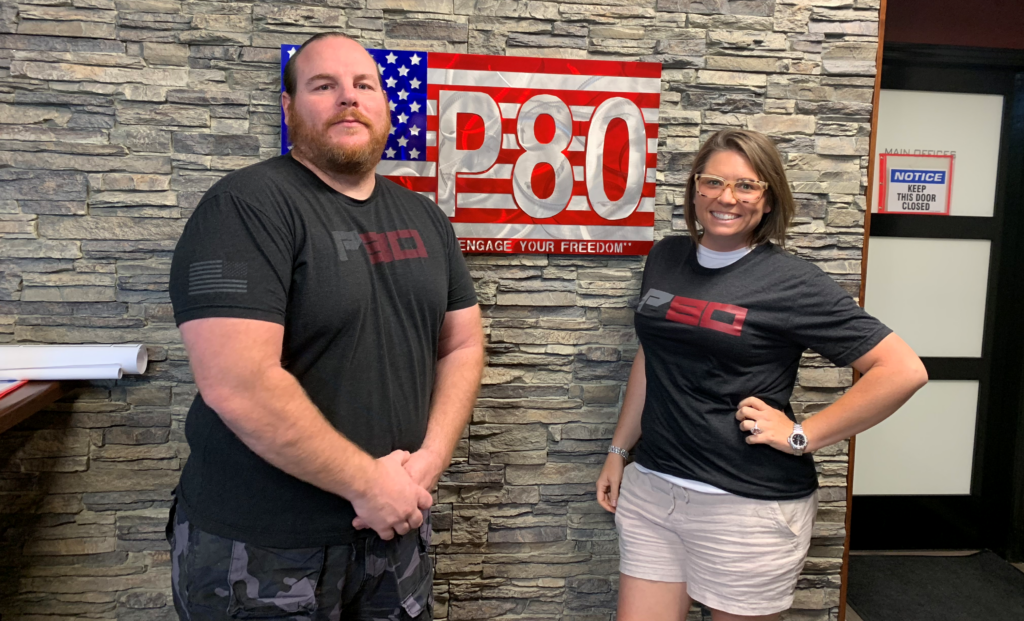 Another Victory in the Battle of Mormon Mesa

The Battle Born Solar Project planned for the Mormon Mesa in Moapa Valley – a popular area for off-roaders – has been killed.

Here’s a shot of me touring the targeted land earlier this year.  Dang, it was cold that day!

“Hello again, Annie.  Believe me, I don’t often give to politicians, because I have not trusted them for years. It’s huge for me to even consider making a political donation, but you have earned it.” – Christine Pasciuti

“Mandating masks for vaccinated people erodes public trust and confidence in the effectiveness of the vaccines. To me it appears that the government wants to be perceived as ‘doing something’ during a seasonal infection surge, even if their policy does not necessarily make people safer.” – Florida Gov. Ron DeSantis

“It is beyond astounding that, to date, the 2021 #nvleg Democrat majority has demonstrated zero interest in reacquiring its legislative powers from King @GovSisolak.  What a mockery of our three-branch system. NV Dems are content, it seems, operating under his tyrannical diktats!” – Daniel Honchariw, Nevada Policy Research Institute

“We might as well start calling this a Perma-demic.  Permanent masking. Permanent state of emergency. Permanent control.  This will go on until the American people just say enough is enough. The tyrants aren’t giving this up!” – Rep. Lauren Boebert (R-CO)

“People have the right to choose to wear a mask or not, and to vaccinate or not.  The perpetual pandemic state is only useful to control the public through fear, not save lives.” – Rep. Marjorie Taylor Greene (R-GA)

“Don’t ever let anyone from the Biden administration lecture you about COVID-19 while they’re leaving the border open and shipping untested migrants all over the country.” – Former Rep. Mark Meadows (R-NC)

“The US is now at 89.5% of seniors vaccinated with at least one dose, with 46 states over 80%. … Last year, the rationale for imposing masks on kids was so they wouldn’t infect grandma. Now she’s been vaccinated!” – Committee to Unleash Prosperity