(Annie Black) – There’s no one on my email list who needs me to explain the true meaning of Memorial Day.

Or why it’s so important to recognize the sacrifices – including the ultimate sacrifice – so many Americans, and their families, have made in defense of our freedoms and liberties in the United States

A number of which have been stripped away from us over the past two months by Gov. Sisolak. 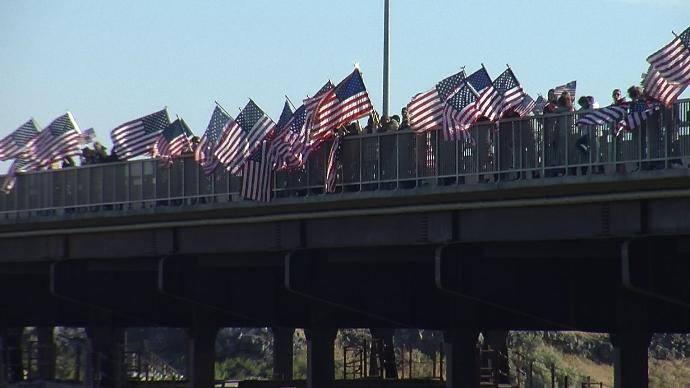 So I’ll be at the Exit 118 overpass in Mesquite at 9:00 a.m. tomorrow morning waving my American flag at cars driving on the I-15…even if I’m the only one there.  But I hope you’ll join me.

What a tribute it would be if we line the entire overpass, on both sides, to memorialize the ultimate sacrifice so many have made for us and our families in the greatest country on the planet.

“We, here, highly resolve that those dead shall not have died in vain.”

Hope to see you tomorrow morning.  However…

Gov. Sisolak still hasn’t lifted his stay-at-home “house arrest” order, or his ban on gatherings of 10 or more people.  So just know that if you attend you’ll be in direct violation of an imperial gubernatorial decree.

I’ll be there anyway!

Please join me to remember those veterans who are no longer with us and pay them the respect and gratitude they’re due.

Annie Black is a Mesquite City Councilwoman and Republican candidate for Nevada State Assembly District 19.  You can get more information by visiting www.electannieblack.com

HOT OFF THE PRESS! Black’s Blueprint: 7 Steps for Rebuilding Nevada